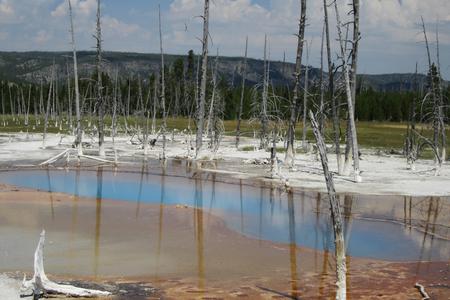 When the guy sitting next to me at the car wash asks if I want to see a picture of his dog, I want to say no, partly because I don’t care about his dog but mostly because I’m insulted that he was only faking interest in my dog—who’s actually right here—so he’d have an excuse to make me look at photos of his.

Los Angeles teems with people who are famous once someone explains why you should have heard of them.

Maybe You've Been There

Geysers billow white across the blue-drenched sky -- a sky so expansive it dwarfs the jagged mountains below.

My masseuse thinks she's clairvoyant, and I’m doing my best to help her.

The Things that Happen Next

Blue floats through the window like a ghost again -- wish he wouldn't, but it's all he knows.

What Gets to Me

No disaster or disease could ever get to me. I come from a family of pessimists; we see life as one long prelude to an inevitably tragic end.

A real cowboy wouldn't live in a house where the radiators creaked even louder than the floorboards and seven people shared a bathroom whose door wouldn't shut all the way.

I don’t know why it always happens in front of me.

The Civil War still stings here. It sifts through the hot bricks on Washington Street; it flashes in the sunlight on the Mississippi.

Though Ben does not exactly mean the world to Bella Lynn, she has wanted out of New Jersey for so long that she’s willing to forget their aborted escapes to Canada last week and to California the week before.

There is a possibility that things would be different if I had named my daughter Stella Rose, or Penelope Ann.

If you could have a second chance, you’d wrench the crowbar out of his hands and swing it, a heavy but graceful extension of your body, till you felt the dull, solid impact of metal against his skull.

Imagine You Are Drowning

They weren't water people, never had been, and everything about it seemed out of their league.

Instability of the Ordinary

Imagine the dullest, most predictable couple you know—so reliable, so available, so blissfully vacuous that you sometimes start to make fun of them, then stop yourself because they were kind to you at a time when it mattered.

I worry, of course, about what she can really tell me, what she really knows about her history.

Benjamin Franklin sits erect at the head of the table, scribbling in a notebook. She sees him put a chicken leg in his pocket when he thinks no one is looking.

The Remarkable Thing About Mitzi Streeter

A week ago, her husband might have said it was her ability to remember birthdays, or her skill with the orchids in the sun room, or maybe just the softness at the corners of her mouth.

A Momma Who Would

We are sitting in the cafeteria and Bridget Bevin is flapping her gums and bragging on how cool she is with her new purple eye shadow when Miss Fielding walks up.

So let me tell about the summer we went to the Grand Canyon, which is a very difficult story to write because it never happened.